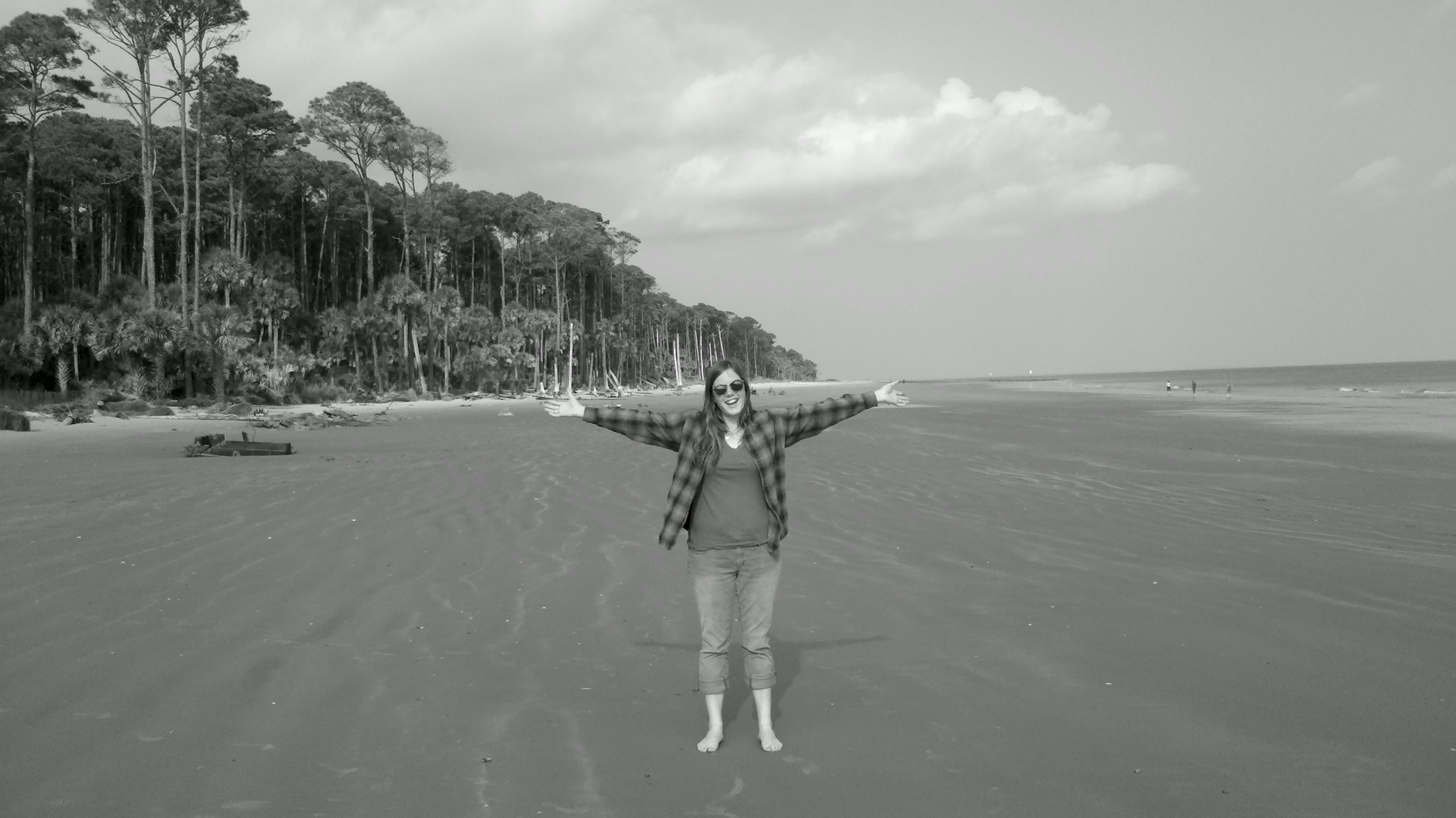 Picture yourself at the beach. Sit in the sand, feel the breeze, smell that salty ocean spray. In some way or another, you probably recognize that you are sitting on the point of contact between the land and the sea. This sandy transition zone acts as a buffer, protecting terrestrial ecosystems, which depend on freshwater, from the salty ocean. Off the shore, under the water, is a whole other ecosystem hidden from sight.

Hunting Island State Park is a rare piece of undeveloped coast in Beaufort County, South Carolina. The forest there resembles a tropical jungle, with pine and oak towering high and palms and palmettos in the understory. In recent history this forest has been protected by a broad strip of beach where vacationers could be found year-round. The above photo of me was taken in December 2010.

Last month I returned to the same beach and was shocked by how different it is. Now much of that beach has eroded away, and the forest has come into direct contact with the ocean. At the edge a few ghostly trees with bare, storm-weathered branches remain standing, surrounded by their fallen neighbors that slowly lost hold as the ground beneath them was washed away. 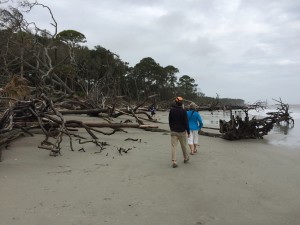 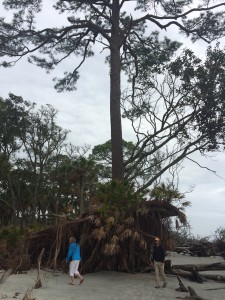 While this is bad news for the forest, it’s actually providing new intertidal habitat. Species normally found on rocky shores have discovered the nice hard surface of the dead wood and are settling in. Cormorants roost in the lone tree that still stands, somehow stable amid swirling waters. Thousands of young barnacles have come in with the rising tide and encrusted the fallen trees. Where there aren’t barnacles there are oysters, or brilliant green algae. 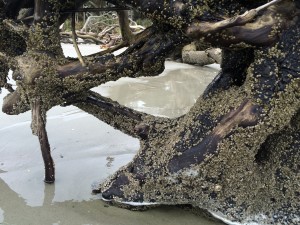 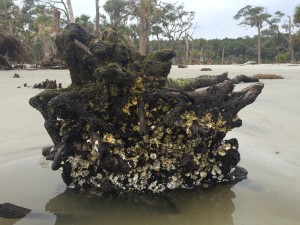 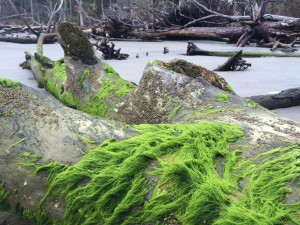 The local Homo sapiens mourn the loss of their broad beach and protected forest, but with my oceanic bias I can’t help but be secretly excited for this new little marine community. It increases the local marine biodiversity, and provides an opportunity for scientific study of what may be a whole new ecosystem: the wooden intertidal. Is it fleeting? Will the beach return someday? Or will the coastline keep receding, overtaking more and more forest? Either way, it is an intriguing, dynamic ecosystem that I look forward to watching over time.

Or choose a topic